Bayou is the working name for a coreboot payload that can chose, load and run other payloads from a LAR archive on the ROM. 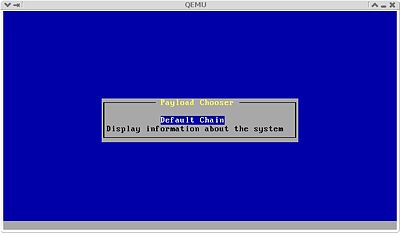 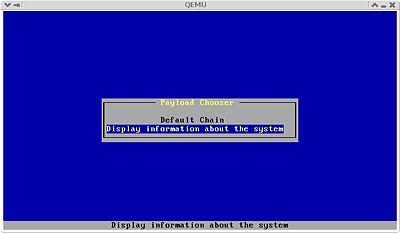 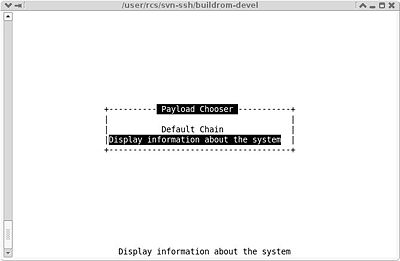 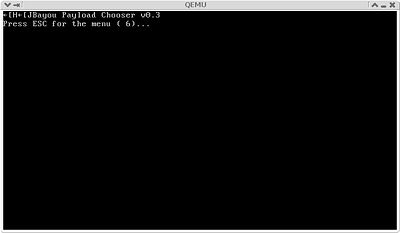 We need a little bit of originality in the names of our payloads, as Peter discusses here. In the grand tradition of El Torito, we decided to name the project after the restaurant where we ate lunch and debated the payload chooser during the coreboot summit in Denver: Bayou Bob's. The word bayou is French in origin, but it famously describes slow or stagnant streams and swamps in the southern United States (see also Bayou at wikipedia. The name in no way describes the project itself, which should neither be slow nor swampy.

This usage model presents a menu to the user containing the descriptive names of all the payloads in the LAR. The user selects an item from the list, and bayou loads and runs the payload. If the payload is responsible enough to be able to exit cleanly (as all libpayload payloads should be able to do) and return control to bayou, then the user can select a different payload.

Chaining is a non-interactive usage model wherein Bayou will load and execute a series of payloads in order. The payloads must be able to return control to bayou cleanly (except the "final" payload which isn't expected to return). This will loosely imitate a traditional BIOS in that one could define a "BIOS setup screen" payload that ran before FILO or other kernel bootloader.

The architecture of bayou is rather simple. It is a libpayload based application with code for reading and loading payloads from a LAR and an front end user interface. The bayou code itself lives below 640k so that it can stay resident when loading payloads that would typically locate themselves at 1Mb or higher. Payloads that want to work cleanly with bayou should not write to memory below 640k unless it is a "final" payload (i.e. something that will not return to bayou, such as the Linux kernel). Bayou will read, load and execute payloads encoded in the Simple Executable Loader Format, decompressing them if needed (with lzma).

When Bayou starts, it will find and read the Bayou Payload Table (see below). There are three different paths that can be followed, depending on the value of the 'timeout' field:

When the menu is displayed, it will list all top level items in the BPT, both chooser and chain items. When a chain item is selected from the menu (or as the 'default' item), then each of the sub-items listed in the payload table will be executed in order. Each sub-payload item is expected to return control to bayou, except the last one. If a payload fails to return control, then the rest of the chain will not be executed.

The ROM image with LAR + coreboot-v3 is very dynamic in nature. New blobs of data can be added at any time during the build process or during runtime. This means that the Bayou configuration cannot be static - it must be able to grow and change with the LAR.

There are several parameters that the payload can set to control the behavior of bayou. These are passed in through the PARAMS section in the SELF:

In order to support bayou, some drastic changes need to be made to coreboot and associated projects. The following is a short synopsis of these changes.

Instead of modifying LAR and putting even more features into it, how about creating an elf2self (and back) tool, and just add those files into lar? Sure, it's another build step, but it's "one tool for one job", allows for interesting development, adoption of self beyond coreboot, ... - and we really already have enough build steps that this additional one won't hurt either.