Compared to the superseding W530 model it notably features the conventional keyboard, an eSATA port, and full-size DisplayPort connector.

Getting the W520 to work is still a work in progress. In November 2016 Charlotte Plusplus has made an initial attempt (mailinglist posts) based on the T520 firmware, with added romstage additions for ram init. This patch was committed in full to the mailing list, but not as a diff to the Gerrit infrastructure. Starting January 2018 Nico Rikken has flashed a W520 based on the T520 firmware, with promising results.

An archive containing the W520 board support was posted on the Coreboot mailinglist. The patchset is based on the T520, but romstage additions for ram init were required.

An attempt in January 2018 based on the T520 firmware, with stripped Management Engine, SeaBIOS as payload, and a copied IFD. Video BIOS Table was not tried.

Next steps for improvement 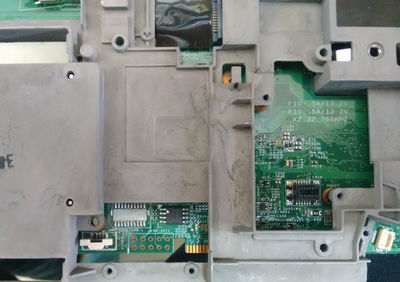